FNF vs Stranger Things Mod is one of the many FNF Mods that are the most popular ones created by Baranamo, an active contributor of Friday Night Funkin on Github. This is one of the most responsive games with simple gameplay but super challenging.

When playing FNF vs Stranger Things, you need to defeat the opponents to claim the heart of the Girlfriend and her father. But to get familiar with the difficulty, you need to practice with Mods with lower speed and get used to the gameplay before trying high levels.

FNF Online is open-source, which allows anyone to write a mod. You can roam the forums and learn how to create a new mod of your own. Besides, you should like FNF: Guns Song but Every Turn a Different Cover is Used and FNF but Funni: Week 4. They are the newest mods we have just updated on KBH Games.

Press the Space bar and Enter to begin the first configurations. Then, you can use WASD or arrows to make movements in FNF vs Stranger Things mod. Press Enter to pause the game. 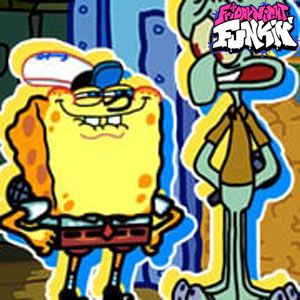